Review: A Court of Silver Flames

A ​Court of Silver Flames by Sarah J. Maas
My rating: 4 of 5 stars

I doubt anybody will bother reading this review, because you’re either going to read this book or you’re not. There’s no convincing any new reader at this point.

What can I add that hasn’t already been said?

I will argue for one thing, and I know many will disagree: I don’t like Nesta, and it’s not because she was a ‘bitch’ to Feyre. It’s because she was ABUSIVE.
You guys love to slam Tamlin, to say ‘no forgiveness, he was an asshole’. But have any of you considered that Nesta was abusive to Feyre, too? She neglected any care toward her most vulnerable family member, and cruelly forced that family member to make sacrifices that were harmful to oneself. Nesta continued to not have any remorse After the Cauldron, and continued to be verbally abusive to Feyre for years. It’s not like Nesta was incapable of treating her any different: we saw how she took care of Elain.

It was incredibly difficult to see Nesta redeem and heal herself in this book. It was also unsatisfying for us to not see Nesta’s perspective of Elain. Nesta is portrayed to be borderline OBSESSED with Elain throughout the previous trilogy, for any circumstance or sentence it almost always was about Elain. Then suddenly we are in her mind, and she hardly ever thinks of Elain. It seemed unrealistic to me, after Nesta thinking/saying “Elain this, Elain that” for at least 20 years of her life. I understand this could reflect their fractured relationship; but it also seemed like another inconsistency to Nesta’s character.

My experience with this book correlated largely with its structure:
Part 1 – hesitant, just here for Cassian, feeling very disconnected from Nesta.
Part 2 – this section felt like a drag, though I understand it was ‘important’ for the non-romantic arc.
Part 3 – absolute epicness, loved seeing Nesta face her trauma and repent for her misgivings.
Part 4 – atonement, forgiveness, epic drama, tension, and friendship that matched what I love so much from ACOMAF.

CHARACTERS/DYNAMICS:
Nesta: sorry-not-sorry; just like Tamlin, I won’t forgive an abuser. But I did enjoy her characterisation from Part 3+. I also enjoyed experiencing her depression. SJM writes women in depression so acute to my own experiences and thoughts, I revel in how shit it makes me feel. It’s deeply triggering, but I love the grittiness all-the-same.
CASSIANNNNNN: fave. Cutie. Loved it. Loved him and Nesta. Loved him being jealous. Loved him being coy. His issues about being a ‘brute’ were poorly executed but idc he’s here to serve the romance plot woohoo.

Side note: Why do all of SJM’s ships have to have at least ONE member of the pair going through suicidal breakdowns? Why is it that the man is literally the cure to the heroine’s issues, whether they save her, cure her, or in Nessian’s story, redeem her? There has not been a single couple created by SJM where these experiences don’t occur. I appreciate that her masculine leads are typically feminist: but they only ever are because of their mothers, sisters, cousins, or ex-lovers trauma. Which IRKS me, okay? It’s the same shit we deal with when a politician or businessman makes a statement about how women “deserve” respect and rights because they are mothers, sisters, cousins, wives, daughters, etc. Do you see what the problem is in holding that view? It proves that you only view women valid once they serve a relationship TO A MAN. As if women, by their own individual existence, don’t already deserve rights and recognition. And SJM only ever shows her men who ‘respect’ women, when they’ve suffered the loss/harm of their loved ones. Why can’t a man just go “yeah this is stuffed up. I, myself, wouldn’t like to be treated this way.” NO, IT NEVER IS: Az has the trauma of his mother; so does Cass; and so does Rhys (+ his sister, and Mor).

Rant over, I guess.

Rhys: I saw on Twitter a hilarious podcast say that Rhys [+ Azriel] are just Uber drivers in this story, which had me ROLLING. I don’t think Rhys is an asshole in this; not for one second. Why do I think Rhys’ treatment is justified??? Go back to my first point: Nesta was an abuser to Feyre, just like Tamlin. And I don’t see any of you ruffling your feathers for how Rhys views Tamlin. The ONLY thing I would possibly disagree with was how Rhys revoked both Nesta AND Feyre’s abilities to decide for themselves. HOWEVER, again, let’s re-position this: how would you want Rhys to treat Tamlin? … that’s what a thought. 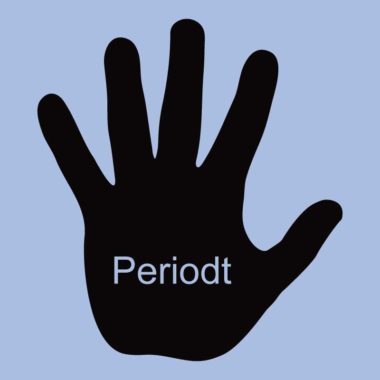 Rhys and Feyre were poorly written into this book. They really should have had their own chapters. It was extremely disappointing to see them have no focus until the final ‘moment’, during the birth. To me, this clearly shows different eras of when SJM was writing: a) straight after writing ACOWAR; b) after her fathers’ health issues; c) after SJM experienced her own pregnancy+birth. The tone + style of her writing is so disjointed in this book, and I think it strongly reflects the ebbs and flows of her different writing periods over the years.
Feyre: there is nothing to note about Feyre, she’s hardly a two-dimensional character in this novel. Was it on purpose? Possibly; but I also think a lot of it was weak writing. It’s like SJM couldn’t TRULY personalise two heroines in the same room together, interacting. She siloed her abilities to one main character at a time.
Az: I do not care who he ends up with; Gwyn or Elain. But can it just STOP being dragged on PLEASE GOD it’s not going anywhere. After reading the bonus chapter, I believe he’ll still end up with Elain. SJM has to prove that ‘not all mates’ end up together. Or else she validates abusive relationships, such as Tamlins’ family etc.
Gwyn and Emerie: I loved these girls, and I’m so glad SJM finally showed an ‘inner circle’ between JUST WOMEN. It’s so fucking weird that SJM hadn’t done that before. Frankly, it’s weird. Every single one of SJM’s female characters (including ToG) go through trauma from men. AS IF their newfound healing relationships would easily include men (and sometimes EXCLUSIVELY just men). I also loved that these women were in their mid-to-late 20s. There’s something about it that I just… liked. Not sure what.
The House: I loved that the House of Wind was sentient/Made. It was such a cute, added detail.
Mor: rip my girl played no part in this which sucked and I forgot how close she + Feyre are.
Amren: she was supposed to indicated the ‘final straw’ of Nesta’s downfall, but since we NEVER SAW THEM BUILD SUCH A CLOSE RELATIONSHIP, IT MEANT NOTHING. NOOOOTHING. THERE WAS NO IMPACT TO US AS THE READERS. IT WAS PURELY TELLING, NOT SHOWING.

Mini-rant: Amren wanted Rhys to usurp Prythian as his king. She argued that it would be ‘safer in his hands’ than anyone else becoming High King of Prythian. DOES ANYONE ELSE SEE WHY THIS IS FUCKED??? WHAT WAS AMREN FIGHTING FOR IN ACOWAR, THEN??? AS IF OTHER ‘EVIL DICTATORS’ DON’T THINK OF THEMSELVES AS ‘THE RIGHT HANDS’? WHAT WAS THAT MESSAGE? WHAT THE FUCK? THAT WAS SO INCONSISTENT FROM THE TRILOGY. WHY NOT JUST LET HYBERN RULE, THEN, AMREN??? WHY? and it was left unresolved… I. DO. NOT. EVER. WANT TO SEE RHYS AS THE HIGH KING. That would be ridiculous, and stupid. Just so over-the-line for any of their values. @SJM, please don’t do this. You’ll make Rhys into an absolute idiot of a ‘mighty ruler’ at that point, and I WOULD side with the Rhys-antis that you’ve made him so egotistical bastard.

PLOT:
Part 1 should’ve been in ACOFAS, their was hardly a distinction between it. All that really happens is that Nesta settles into the House of Wind. Cool. Oh wait, there’s still 300 pages??? God damnit.
Part 2 should’ve been shortened.
BUT PART 3 AND 4 WERE PERFECTION, AND WERE ON THE SAME LEVEL AS ACOMAF QUALITY. I loved the adventure, I loved the violence, and I loved the sex/romance. YES. YES. YES. PERFECTION. PERRRRFECTION. I am so sad that it ended, I miss being in that part of the book.

I was upset that SJM was so lazy that she just copied+pasted the Valkyrie mythology. She didn’t even TRY to adapt it. And then I, on a whim, Googled ‘Illyrian’. That turns out to be real, too. So she combined Illyria + Sparta into her mythos, but so what?? That was so lazy. I’m Big Mad at it.
[image error]

1. ‘gentle-males’
2. She was a wolf who had never learned how to BE a wolf, thanks to that cage humans called propriety and society… like any maltreated animal, she bit anyone who came near. Good thing he liked being bitten.

no. i hate this. i hate it. goodbye. That quote gets worse too. I refuse to type anymore.

THE ENDING:
what a fucking mess. WHY DID YOU RUSH THE FEYSAND ISSUE. WhAT Was the REASON. WHY. Besides that, I loved all of the resolution. I love how Rhys BOWED to her. gfdxserdtfyghujnkmljnibhguyfrctgvhbjnkm That was so incredibly significant. So powerful. Wow wow wow. It took my breath away. I’m teary-eyed just thinking of her running over the fields with her sisters. GOD. The feels. Part 1 and 2 felt like a completely different Nesta, and not because she was depressed. The writing styles were similar to how she wrote ACOFAS, and I’m not alone in viewing that book as the weird, outcast that doesn’t really FEEL like it was written by SJM. But Part 3 and 4 perfectly returned SJMs writing style back to how it was in ACOMAF, and I loved every page of it. Loved it. LOVED IT.

I’m not joking when I say this: I WANT ACOMAF AND ACOWAR TO BE REWRITTEN. WE DESERVE EXPLICIT, NO ‘FADE TO BLACK’ FEYSAND SCENES.

I look forward to rereading this book, particularly Parts 3 and 4. Also the smut was 10/10 and that means everything to me, does it not??

2 responses to “Review: A Court of Silver Flames”