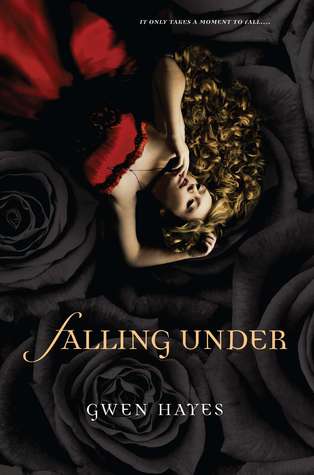 3/5 stars
It would’ve been higher if it didn’t cause me to go into a reading slump.
The story line is so intriguing and I love the idea so much. I just which there was more depth to it, you know?
It was basically the first 20 mins of a movie. It was a lot of fun, I love being introduced to new worlds and characters, but not a lot actually happened.
I loved the psychic. She (/he?) was such a star and made the book more… Dimensional?

The ending was pretty disappointing. Maybe I’m just used to reading lengthier pieces now, but the ending was practically an introduction to the actual drama taking place.

The mother, as well as all the other characters, was written brilliantly. They’re fairly cliche if you think about it, but the author manages to tweak them just enough to make them her own.
The haunting relationship between Haden and Theia is enchanting. My favourite moment between them? Definitely when Haden arranged a ball in his underworld filled with skeletons in top hats and ball gowns, all waltzing in the forest. Then at the end of the night, he gives her a black rose.

Some may say it’s the most cliche thing of all paranormal romance writing time.
For me, it was a perfect and cute moment that I haven’t read in a while. Usually these days, it’s just “hey you’re a vampire. I’m in love with you, now I want to be a vampire. A bunch of near death experiences are occurring. Aaaaand the ending is a slight cliff hanger about our eternal lives together.”

Don’t think I’m shaming that either, I have a killer craving to read twilight RN. All I’m saying is that these moments shared between Haden and Theia were so original and refreshing, it makes this book worth the read.
I strongly recommend this to those who enjoyed the fourth instalment of Fallen, where Luce is stuck going back in time, reliving her old lives in hope of finding Daniel. This eeriness can be felt in Falling Under that was absolutely thrilling to read (although, warning: it did cause me to have a reading slump!).

2 replies to Falling Under Review