Chain of Gold by Cassandra Clare
My rating: 4 of 5 stars

2020 ended up being way too difficult for me to enjoy one of the most anticipated books of my LIFE. I don’t think I’ve ever waited on a book like this before.

I started reading Cassie Clare’s books in 2014–at the time, five TMI instalments and the freshly completed TID were available. I’d read one, and somehow complete it in one day. So I’d fork over more of my pocket money and ask my mum to buy the next instalment (I didn’t realise libraries were a thing, I’m a FOOL). I soon learnt that I’d die for the characters from TID (but not necessarily the ones from TMI- weird, right?).

Once I completed reading what was available from Cassie Clare in early 2014, I scoured her website. There was a page called “The Shadowhunter Chronicles”– I started to use that term from then on, but nobody ever knew what I was referring to unless I said “the one with the movie about…”.

On the web page, it promised that Cassie had mapped out five series under the Shadowhunter Chronicles — TID, the TID babies, TMI, something soon after TMI (which turned out to be TDA), and a final series (that all of us still wait eagerly to hear about).

That’s how long I’ve been waiting for the TID babies– since 2014. I KNEW it was coming, and Cassie gave updates sweet and shortly across the years. I didn’t even care what happened after TMI, I just wanted the IN BETWEEN stuff. Though, fortunately, it turns out I absolutely adore Emma and the Blackthorns, so TDA holds a special place in my heart. Overall, I enjoyed the plot of TDA way more than TID or TMI, but Wessa will always remain as #1 for my love and loyalty to any of the Shadowhunter instalments.

I put so much pressure on this new series, the Last Hours, to rock my world. So much so, I knew that if I picked up during 2020, I wouldn’t appreciate it at all (as well as the new SJM series that has been released, or even MIDNIGHT SUN).

Although I did not read the new series, I’ve kept my eyes glued for any GR + Twitter posts from reviewers, and saved plenty of digital fanart of the characters. I even have the 2021 TLH calendar. January was Matthew Fairchild, and I just squinted at him like “so what… you’re not even Cordelia or a Herondale. Why are you January???” –> THE IRONY. 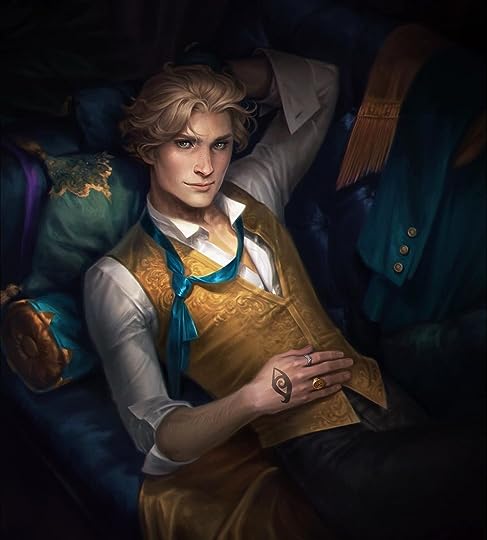 Matthew Fairchild owns by heart. I think the ranks of my faves from all of Cassie’s works are:
1. Wessa
2. Emma + Julian being the best fake parents over the rest of the Blackthorn children
3. Matthew. Freaking. Fairchild.
4. Magnus Bane ❤
5. Izzy Lightwood

Onto actually reviewing (but if you’re interested in reading this, I KNOW you’ve read everything else by Cassie and will read CoG2 no matter what)
Some of my updates documented how frustrated I was at this book. I do believe it should have been shorter for the sake of the plot progression, but I understand that we are all here to just enjoy the characters again. They can take their damn time (and that they do). Except for Magnus Bane. There was an appalling ratio of Magnus : Church : Everybody-else appearances, and I am SO hurt.

I also found myself frustrated because, aside from Matthew, I knew I only felt ‘invested’ because these are the children of my faves in TID. Nothing ‘more’.

But I have a feeling this is because for all of 2020– I found out more and more about them, about the plot, about spoilers, and I think I was waiting for this book to go… beyond. TO BE FAIR: I think we could all guess what the climax and resolution and cliff-hanger were going to be for this. I was never shocked or caught off-guard. I think Books 2 & 3 will help me enjoy the storyline more, as we have acclimated to the new generation of characters.

Something I LOVED and also HATED about this book was when Jules and Emma James and Cordelia were in the Shadow Realm, surrounded by thorns, and are ultimately saved due to Cortana. 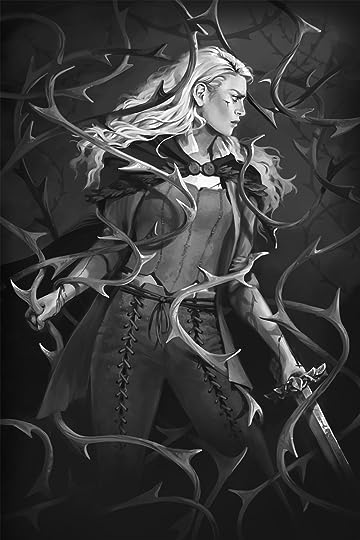 I realise now that TLH and TDA are linked (but I didn’t realise that, not ever in 2020 either). I didn’t assume they were as the delivery was not the same as the rollout for TID was (intermittently with the later instalments of TMI). I know this has changed due to Cassie’s personal preferences (and suits me perfectly too).

What I have an issue with is: I swear some of the lines of this moment were copied verbatim from QOAAD.

I also never felt the fear I usually feel, like I did for any of the previous instalments. Would they survive? How could they possibly overcome this?. For half of the book, The Big Deal is that there are demons in the city.

………………. HOW AM I SUPPOSED TO CARE??? REALLY. I AM GENUINELY ASKING. I couldn’t believe that was the biggest point of tension. I get it: the new generation has been sheltered, and didn’t go through it as their parents did in TID (and we are reminded thrice of this revelation). But WHY did we have to explore that for 50% of the novel?

Cassie’s dug herself into a really difficult-to-escape hole too. We’ve all seen the family trees. I KNOW she’s tried to be aloof, and say things can change, but there’s also the point that I was constantly aware of: the genetics. Every. Single. Time. One of the characters is described for their features, all I can think about is TMI, and more namely, TDA. There are some things you can’t ‘undo’, or add to the ‘mystery’ of any romantic subplots (Will they, won’t they?). And that is the genetics of the future generations. Whether it’s from the future Shadowhunters’ physical traits, or by who future couples are. Because if we re-write the history of their family backgrounds, it can EASILY turn TMI and TDA characters into incest galore (not that it wasn’t already). 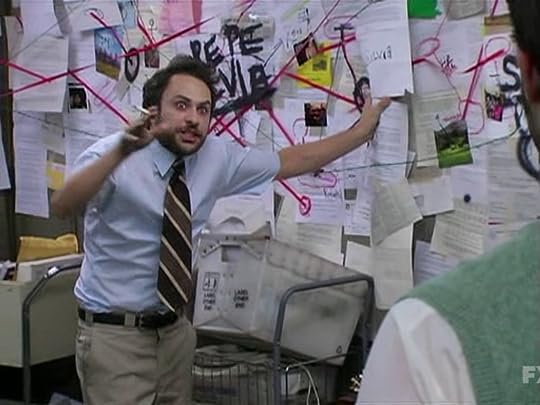 So any ‘threat’ to the main characters dying just makes me think of the family tree. These guys have got to be alive to pro-create. Then I’ll be anxious to see if they survive. But until those babies pop out, I’m not sweating.

Random sidenote: I have no care whatsoever for Jesse. Seriously. I enjoy Lucie, I find her fun and bright with her passion for storytelling, but if she weren’t ‘parabatai-to-be’ with Cordelia, or James’ sister, I wouldn’t care for her either. I could barely bother to read the Jesse + Lucie’s scenes. They were predictable and dull IMO.

Also –> I genuinely believe Lucie and Cordelia won’t end up being parabatai. It was so unnatural how many times it dropped that they are practically each others’ intended.

But here’s my biggest hot topic for my review/unloading after reading this finally: I do not hate Grace. I do not think she’s evil. I don’t even want her to be killed off.

We still don’t know what the hell is Grace’s plan/intentions. We know some of it, but it’s obvious some of it aligns with Tatiana– but I reckon most of it is a farce, and that Grace has her own motivations. There is NOT enough from just CoG2 to call her the following: evil bitch queen, crazy psycho bitch, home-wrecker, etc. It’s such a stretch. Where do you guys get the hate from???

Grace didn’t even do that much. Cmon, have you forgotten some of the other ‘betrayers’ or antagonists??? I feel like I loathed Jessamine 1000x more, and that’s just because I loved Wessa.

I found it hard to ship any other characters that have families that aren’t prominent on any family tree– including Matthew, Thomas, any of them, tbh. Everytime I thought there are cute exchanges, I have to think: WAIT, ARE THEY COUSINS? LET ME GO THROUGH THE LIST (it’s pretty much a checklist of the Herondale line; the Lightwood line — the Lightwood line WITHOUT Herondale blood in it; the Blackthorns; and then the Carstairs). It’s so… freaking… difficult.

LGBTQIA+ inclusion was top notch and I’m really glad that the MAIN characters are beginning to be queer too– not just side characters. Anna kinda scares me though. I trust her ofc, but she’s terrifying.

Something I enjoy about the setting of this book is how we can all actually hope for weddings, engagements, arranged marriages etc. It’s just so fun and freaking-weird to hope for 16 and 17 year olds to get hitched (I never used to think so when I was 14 though). We can’t see it happen in TMI or TID because relationships are different, so it’s just… nice to see couples treat relationships in a foreign way to me. 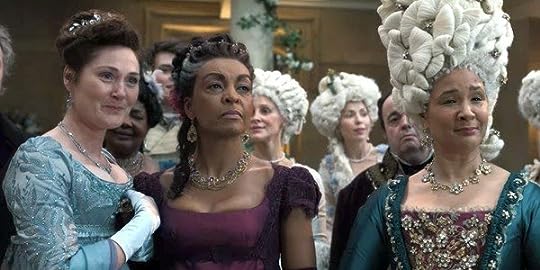 Don’t mind me, I’m just CLEARLY one of the Mamas, keen on wedding season XD

I had to Google so many things to understand the Edwardian era. I learn so much from Cassie’s historical fiction 😛

Final side note: why why why can’t Tessa and Will be ‘in’ on James + Cordelia’s understanding??? They’d happily help her and understand that she now needs to ‘save face’.

My final mini-rant from this: I KNOW the fashion is to hate on love-triangles now. The new round of YA readers do not approve, and that’s fair. The trope did suck.

But Cassie NEVER fails to amaze me with how she ‘resolves’ any and all of her love triangles. I mean… TID… and TDA (M + R + K). Both of those are SO not like the usual ways to ‘end’ the tension.

I really hope we see MORE love-triangles in this series. Cassie’s clearly propped Matthew AND Thomas to be the contenders of their separate woes. I AM KEEN. I AM READY. I WANT TO SEE MATTHEW IN A LOVE TRIANGLE ASAP. LET’S GOOOOO.

Things I hope/expect we see in the next instalment/s:
– Matthew getting help.
– Matthew x Magnus mentoring.
– MAYBE Matthew + James + Cordelia love triangle/wooing?
– James + Cordelia wedding scene?????? (CAN THEY JUST CLEAR UP THEIR FEELINGS I DO NOT WANT TO RE-LIVE TID PLEASE GOD)
– Anna Lightwood being wooed heheh
– The Blackthorns finally revealing their stupid plans
– Malcolm Fade cameos with the Blackthorns
– A return to Idris!
– Charles leaving byeeee
– Christopher needs more time to shine. He’s clearly the one we don’t care (much) for in the Merry Thieves.
– Will and/or Tessa helping their children
– Jesse become interesting (so help me god)
– Carstairs family drama?? I don’t really care about it tho. The Blackthorns are waaaaaay more messed up.
– Jesse getting possessed by Belial (as a loop-hole)
– the Stupid Bracelet will be taken off within the first half of book 2 and we won’t talk about it ever again
– CHURCH. WE NEED CHURCH. EVERYBODY NEEDS SOME CHURCH.
– Alastair slowly gaining trust/friendship from the Merry Thieves.
– more excepts from The Beautiful Cordelia!!!!!!!!!