Happily and Madly by Alexis Bass


I devoured this book! I cannot emphasise this enough in my reviews: I live the lifestyle of a granny. My daily habits include staying under my blankets, wearing my pjs, reading, or drinking tea. So when I tell you I stayed up until 12am to finish this book, it’s a big deal for me.

I found it very hard to connect to the protagonist, Maris, because she’s such a rebel (definitely not the granny type). She puts herself in really (like really) bad comprises, usually with her (now ex) boyfriend. Her boyfriend (older than her by 4 years, which is gross- they started dating when she ENTERED high school), did cocaine (frequently) as well as lots of illegal, life-risking positions. So why does she follow such dangerous adventures? Apparently, it’s because she’s afraid of regretting not doing it. Essentially, it’s FOMO. I really can’t connect to her on it, because I’m afraid of everything and any danger, to the point that I’ll stay inside my house for two weeks because it doesn’t “feel safe”.

Anyways, that’s before the timeline of this book commences!

So what’s this book about (because the blurb is terrible — it makes it seem like it’s a step brother romance): 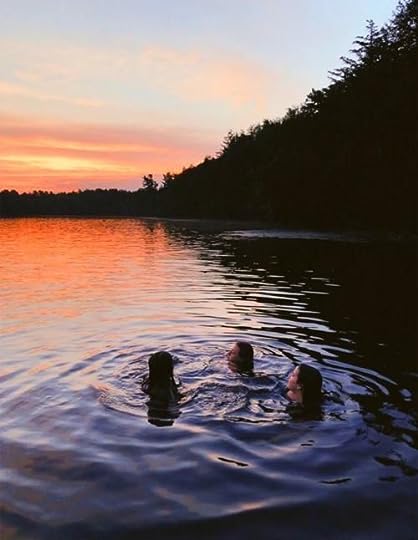 Maris is sent away for the summer, to go stay with her dad and his New Family. Maris was sent because she was a bit of a trouble maker, and didn’t even qualify to graduate from high school. Her dad left Maris and her mother 2 years ago, when he knocked up some young lady named Trisha. Now George (the dad), Trisha, their new baby, and Trisha’s daughter (Chelsea, who’s the same age as her) have 2 months in a beach house. Maris vows to make this the best, most un-regrettable summer ever.

Within her first day at the far away beach house, she bumps into a bleeding, beaten up boy. He’s super handsome, and is being chased by some scary looking mafia-looking dudes. Maris covers for him. They end up flirting for a few days, and even kiss. Then the world comes crashing down: he’s actually Chelsea’s boyfriend. Will they stop seeing each other? Will Chelsea ever find out about this?

This book explores two months of action-packed drama, with a glorious fictitious setting of a wannabe-Hamptons. There’s love, lies, as well as plenty of angst! Join Maris as she embarks on her ‘coming of age’ endeavour, where white-sands and buttery lobster dishes await!

Let me set something straight: Edison (the love interest) is an absolutely toxic human being. So is Maris. And so is the rest of the characters in this novel. Every single person is abusively manipulative, and it frequently rose my blood pressure, because there were so many dangerous and harmful scenarios.

This book is not suitable for anybody with triggers to domestic violence, drug/alcohol abuse, sex abuse, and pretty much any other graphic form of harm/mistreatment

. I do not think that this book should be for teens, until they reach 18-19 years of age. This book looks too glorifying for a younger teen to comprehend just how vile and evil and damaging these characters are. I’d be concerned if a child did possess this book and admire any of the characters.

What made this book worth 5 stars: 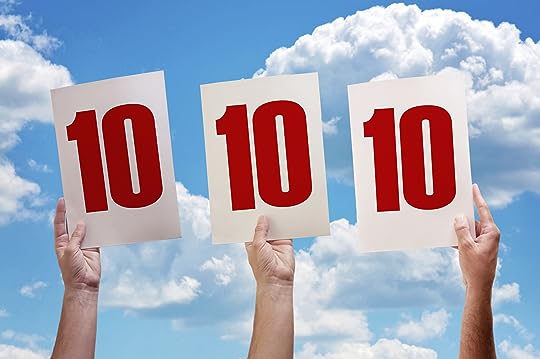 – The suspense was well plotted (after the whole ‘who’s the mysterious guy Maris is flirting with’ ordeal. The blurb gave it away, sadly, so it was seen a mile away.)
– it includes a murder-mystery
– there are hidden pasts behind each of the characters
– everybody is three-dimensional
– the chapters are quick and trim, and always end on a cliff-hanger
– you! will! cry! And really, if a book makes you cry, it deserves 5 stars
– the setting and encapsulation of summer is so accurate, you feel like you’re there (I hardly ever feel that)
-this book made me cry most (at multiple times), because of how accurately Bass portrays Maris’ experiences of loneliness, exclusion, misplacement, mistrust, and denial, all from the causes of her father. That is what made me approve and endorse this book. It perfectly represents the experiences of that, and of course– can be a reason for Maris’ toxicity. But Maris herself rationalises that she also is her own individual, and she has found she isn’t conventional like Chelsea. She enjoys the naughty things in life, and it’s NOT. DADDY. ISSUES. (But her drift with her father does propel her to make even worse decisions at times). 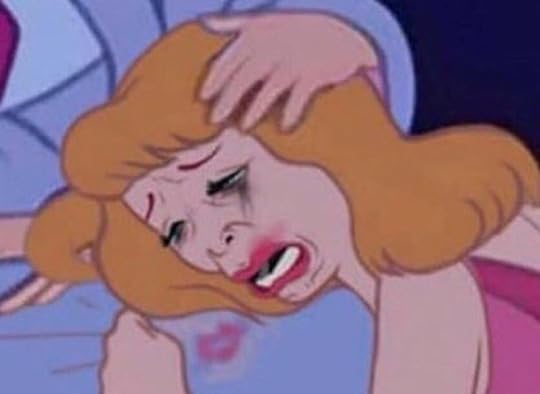 Something that makes this book unique/interesting was:

This book turned from some sh*tty angst love triangle into a long winded murder mystery(/mysteries). The characters all develop such complex, imperfect relationships with one another, it made me feel as invested as I did for Big Little Lies. If you’ve read that classic, you would know just how bitchy and incredibly angsty each of the characters are. There is no ‘right’ and ‘wrong’, just people balancing a line between improving their own life, and helping/developing another’s life.

Something I’d have like to have seen go differently/improve on:

– This book attempts to tackle the futility of wealth, to the grand scale of Gatsby. It focuses largely on how money doesn’t buy love (or happiness), but fails to critique what I believe is far more important when exploring wealth: it’s harm and it’s mistreatment of people from the lower class(es).
– I wish the characters and their relationships (particularly the teenagers; Chelsea, Maris, and Edison) were a BIT more healthier. It was so full on. There was not a single character that could be seen as a voice of reason or the one we look up to, and perhaps this is commenting on the world we live in right now: but it’s also incredibly concerning when this book is targeted for teens. Books need to make it more clear on the boundaries of ‘ooh rebellious teens’ and ‘this will unreversably f*ck up your life forever; whether it’s your health, your relationships, or god-knows what else’.
– I wish (view spoiler)[Sepp (hide spoiler)] didn’t die. It made me that much more invested, but ugh– it wasn’t fair.
– A reconciliation or revenge to George (the dad). He was terrible.

Something I would have enjoyed seeing but I’m not dying to have changed was — a reactive love triangle, where Maris and Sepp (Edison’s older brother) get together. It would’ve added fuel to the most chemically-toxic fire that is this book.

YOU WILL LOVE THIS BOOK, IF YOU LOVED THE OPENING EPISODE TO SEASON 2 OF GOSSIP GIRL. WHERE CHUCK, BLAIR, AND THAT DUKE/PRINCE ARE IN A REALLY BAD SITUATION. But they’re surrounded by pretty beach towns and gardens and grandeur! 🙂 🙂 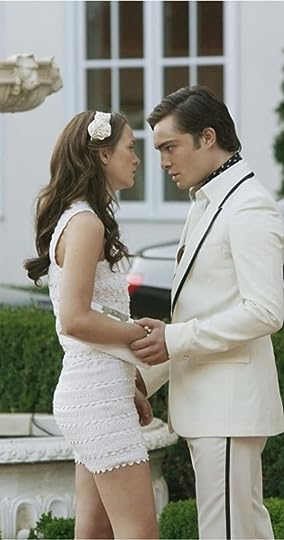 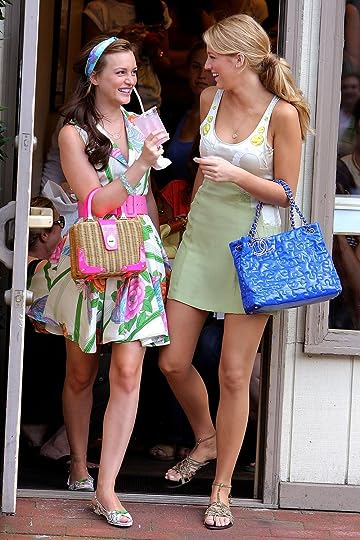 TL;DR – read this for an angsty standalone teen drama, that deals with broken families, bad reputations, and forbidden love. If you loved the evil, selfish characters of Gossip Girl (Chair >>>> bland Serena/Dan/Nate), you will enjoy this novel.

1 reply to Review: Happily and Madly