Review: The Gentleman’s Guide to Vice and Virtue

The Gentleman’s Guide to Vice and Virtue by Mackenzi Lee

This book was so hyped!!! I was ready for some fun adventures, and yes, there were some. But the story was ruined by the pursuit of the box/healing heart/undead woman underground. This confuffled the storyline and made it remind me of the mystery from Lady Midnight, but without the fantastic Cassie Clare-ness of it all. This book dragged on for me. Nonetheless, I’m glad I can finally shelf the book as “read”.

Monty: brush this guy was such a wannabe of any sassy historical figure from the Victorian era. He was… cliche. His sass was, at least. Monty’s features such as being a short (manlet) bisexual who’s been abused by his father, were apparently the promise and hype for this book. Which are great! Yay representation (but also: why can’t more people write about LGBT females? Why is there the hype, acceptance and thrill [AND FETISH] of gay male relationships, when there’s barely an ounce of the same towards females?!). To me, Monty reminded me of a sod. He whines a lot but also is quite snappy and demanding. But also; loves to make judgements on everybody around him. He’s irritating to me, and NOT any more realistic than the cookie cutter brooding YA Hero we usually see. He’s a two-dimensional character with labels all around him, so people can applaud and go YAS REPRESENTATION YAAAAS MONTY, YOU GO QUEEN! -_- if you can’t tell; I’m not impressed. 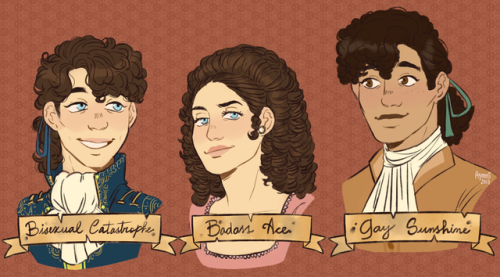 Percy: this book should have been around Percy’s life, OR of the pirates. Percy had a much more exciting upheaval of events his entire life, without the mask of privilege like Monty does. The selling point of this book is diversity in an undiverse era. So why did we have to experience everything through Count Stale-Bread, and not the incredible and tragic life of Percy? Maybe it’s my preference for books to explore this from the underdogs perspective. I firmly believe that this book would hold a more significant impact if it were through the lens of the precious, educated mix-raced boy who suffers epilepsy AND is a lil gay (we never find out what his preferences are: merely that he likes Monty. This doesn’t exclude women or anyone else for that matter). Percy had such an elaborate rationale— they were on the hunt for the healing heart, but he didn’t want it. Never. Not before or after their journey. What was the process behind that??? We’ll never know. A character well wasted.

Felicity: I only read this book because I cared about Felicity, and her sequel (that’s coming out soon). She’s not portrayed most excitingly at the beginning, but of course, this is because we see it through the eyes of one of the blandest White Boys we’ve ever seen. I was disappointed her love for reading wasn’t actually romance and froofy novels, but it was enjoyable to see her anachronistic feminism take shape. I’m only disappointed because she doesn’t have a love for the arts… she has the passion for science!!! (And that, my friends, is inconceivable to the soon to be a history teacher). Especially since this book is historical fiction! Don’t you just love when you’re reading a book, and one of the characters loves reading??? I was forming that bond, and it was ruined because she was reading MEDICAL JOURNALS. URGH! #Can’tRelate. I am excited to see her be basically Tessa from Clockwork Angel and see her beat somebody with her umbrella (like Jane in Disney’s Tarzan).

The plot was somewhat a fun idea. It’s the Grande Tour of Eastern Europe. Except, within a week or so, they’re out of food, supplies and money, yet somehow continue their journey. Maybe that’s why I didn’t enjoy it— those aspects weren’t very realistic.

I must say, it was funny leading up to the hijacking. Monty running naked around Versailles was priceless!

But then it turns just too neglectful to rational concerns and eh. It turned me off.

I wish the more substantial chunk of the book were based with the pirates. They were what kept me hooked to the end. Not silly France or Italy.

1: pre-Tour, in England.
2: Boom, we’re in Paris (sudden transitioning is a significant aspect of this book’s structure).
3: ?? (Middle book syndrome)

6: Venice
7: Santorini
8: all of a sudden two gay men can run off and start a new life together without money… sure. As I said in my outline of the structure, it ends with the two guys, one who is coloured, just running away with no money or credits to their name. They will live as a gay couple together and overcome: epilepsy, interracial relationships, and homosexuality, during the late 1700s.

But as Lee says in her notes— she doesn’t care if it’s anachronistic. This is just meant to be a little fun. And I’m a sourpuss who didn’t have fun so now I’m a grump, sorry.

I am going to read the next one, in the hopes that Felicity is more interesting. Maybe I’ll be able to relate to her better, which will further engage me.

One response to “Review: The Gentleman’s Guide to Vice and Virtue”