This Savage Song by Victoria Schwab

MY EXPERIENCE WITH THE BOOK:
This was not what I was expecting! It was my first time reading something by Schwab. I thought she’d be a lot more… original. But hey– it’s not a bad thing! This book was borderline let’s jump onto the ‘wow Twilight and vampires are so ‘in’ right now, let’s keep the trend running!’ bandwagon. I wish somebody told me this sooner! I LOVE VAMPIRIC WORLDS!

CHARACTERS/DYNAMICS:
There are two main characters: August and Kate.
August is a monster. Kate’s dad is pretty much the president of the ‘we hate monsters’ club.

I wasn’t sure whether they were meant to have a romantic dynamic??? It was very subtle and confusing.

PLOT:
Mediocre. A lot of world-building, but not enough for a proper setting. It was hard to realise the world was fantasy. The writing made the term, “monster”, to be symbolic. Not literal. Maybe I’m just unobservant. Maybe it’s a ‘me’ problem. Whatever it was; it wasn’t smooth in my experience with this book. 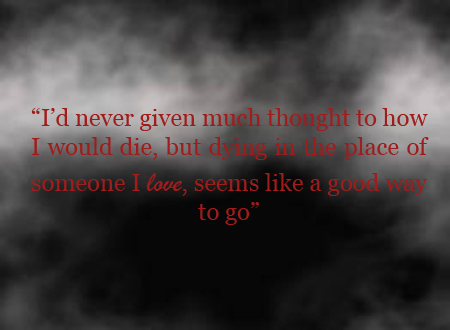 Part 4: Cliffhanger (that makes me want to read the end of the duology!)

THE ENDING:
Honestly, I felt the ending was rushed. It seemed like the first half was so slow, we were just taking in whatever August (Freddie) was experiencing. But all of the sudden at the end Kate goes through crisis after crisis, and bam- she’s practically driving off into the sunset.

IMPACT:
Again, I realise I’ve been fooled by Booktubers. It was a ‘meh’ read. Definitely not worth the hype IMO. NayaWhoSmiles inspired me to read this when she read both books for Zoe’s 24hr Read-a-Thon, and couldn’t stop gushing about it. Oh well! Not for me 🙂