The Cruel Prince by Holly Black

MY EXPERIENCE WITH THE BOOK:
It took me a week to read this book, AND I LOVED EVERY MOMENT I SPENT WITH IT <3.

CHARACTERS/DYNAMICS:
At first, our main protagonist Jude seems a bit snobby. She comes off conceited and arrogant, and I’ll be honest, it doesn’t really waver later on. However, in the turn of events, I feel it’s justified to have an epic I AM WOMAN, HEAR ME ROAR attitude.

Jude’s relationship with her twin sister, Taryn is outright toxic. At the beginning it appears to be supportive and trustworthy, they’re the best of friends. However, the most riduclous thing comes between them: a boy.
HOLLY BLACK HOW COULD YOU DO THIS TO ME?!? IT’S 2018 GURL STOP HAVING FEMALES FIGHT OVER MEN.
Besides that, Taryn doesn’t have much personality.

Her older sister, Vivi, is badass. She’s the only one who’s (part) Fae, but ironically, the only one of the siblings who hates it. She represents teen angst, but I think she’s most adored for her sexuality: being bi. Which is awesome yay diversity in YA books!

I love that her rebellion entails sneaking into the mundane land, having “normal” clothes. Lol. Classic. I would love to read a novella or side-story of her romance with a human, who unknowingly meets a mythical being. That would be hecka romantic. 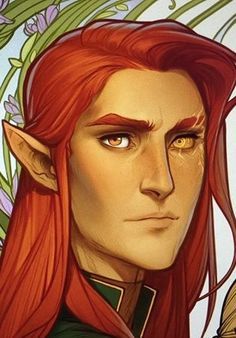 Locke. How do you pronounce it? YouTube suggested ‘lock’, but I fear it may be Loki? Either way, he reminded me the entire time of a lil bitch called Lucien from A Court of Thorns and Roses. Of course, if there’s a popular YA fantasy nove

l, I’m going to draw parallels from the iconic series. Deal with it.

Valerian is one of the most horrifying and brutal characters I’ve ever read. His fierceness is like Peter from Divergent, except he stabs everybody with a much sharper knife, all day, everyday. He was an excellent antagonist and I thoroughly enjoyed watching Jude conquer him (in fact, I let took a sharp intake of air when I read that (view spoiler)[Jude had killed him. (hide spoiler)]).

And finally, Rhysand. I mean, Cardan. He’s an absolute bully to Jude, but low and behold, he’s (of course) the love interest. I can’t believe I had to wait 308 freaking pages for them to progress. Black is the queen of OTP sexual tension.

PLOT:
What a freaking brilliant plot. Not as romantic as A Court of Thorns and Roses, but easily just as epic for the Faerie Realm. I’ve got to read more of Black (this was my first book I’ve read of hers) for her wonderlands. They’re high fantasy, but somehow not too dull (*cough cough* The Lord of the Rings).

It’s been over a week since I completed this book, so forgive me for not writing too much on the plot. I remember there was a lot of spying, blood and gore. Oh, and pretty ballgowns!

STRUCTURE:
We are introduced to a happy family on a lazy afternoon, when bam! Parents dead, children are orphaned, and taken to Faerie Land. The next chapter we flash forward to them, 10 years later, living with their mother’s ex, and living with a stepmum and son (did anybody else think Oak was similar to Kit? And Tiberus?). The three girls are native to Faerie Land, and can barely remember the norms of their kind anymore.

Then sh*t f*ckery enters and the world is in chaos. Pretty much all thanks to Jude, bc she can’t keep her mouth shut and kept digging a deeper hole.

February 26, 2018 – page 184
47.92% “This was my only friend while going for orientation at university… and boy do I love this book!
I feel like Black got the two major characteristics of Rhys, split them into the two main characters, and then based it in Cassie Clare’s faerie world.
IT’S PERFECT.”

THE ENDING:
The ending was a completethrill! Plot twists left-right-and centre! The most shocking twist for me was (view spoiler)[Jude tricking Cardan into becoming king. (hide spoiler)]

I completely thought she was making Oak the king! My favourite line is also at the ending,

‘We came up with your code name,’…
‘What?’… I expect her to say The Liar. She gives me a tricksy grin, full of secrets. ‘What else? The Queen.’

I still get goosebumps reading those lines.

IMPACT:
I had the time of my life. I LOVE fantasy worlds with sexy fae. It’s my favourite thing in life. I wish their were more gems. This book was a diamond in the rough. Please give it a go!

11 responses to “Review: The Cruel Prince”