Like May, September seems to be a busy month for YA publication. I can’t wait to dive into these six books.

6: They Both Die at the End by Adam Silvera

On September 5, a little after midnight, Death-Cast calls Mateo Torrez and Rufus Emeterio to give them some bad news: They’re going to die today. Mateo and Rufus are total strangers, but, for different reasons, they’re both looking to make a new friend on their End Day. The good news: There’s an app for that. It’s called the Last Friend, and through it, Rufus and Mateo are about to meet up for one last great adventure and to live a lifetime in a single day.

I love that this was published on the 5th of Sept, the day this book starts.

“I would say it’s a pleasure to meet thee, Prosperity Oceanus Redding, but truly, I only anticipate the delights of destroying thy happiness.”

Prosper is the only unexceptional Redding in his old and storied family history — that is, until he discovers the demon living inside him. Turns out Prosper’s great-great-great-great-great-something grandfather made — and then broke — a contract with a malefactor, a demon who exchanges fortune for eternal servitude. And, weirdly enough, four-thousand-year-old Alastor isn’t exactly the forgiving type. 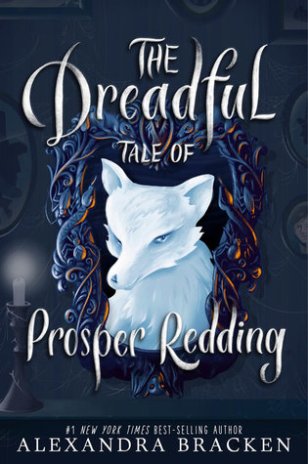 The fiend has reawakened with one purpose — to destroy the family whose success he ensured and who then betrayed him. With only days to break the curse and banish Alastor back to the demon realm, Prosper is playing unwilling host to the fiend, who delights in tormenting him with nasty insults and constant attempts trick him into a contract. Yeah, Prosper will take his future without a side of eternal servitude, thanks.

Little does Prosper know, the malefactor’s control over his body grows stronger with each passing night, and there’s a lot Alastor isn’t telling his dim-witted (but admittedly strong-willed) human host.

From #1 New York Times best-selling author Alexandra Bracken comes a tale of betrayal and revenge, of old hurts passed down from generation to generation. Can you ever fully right a wrong, ever truly escape your history? Or will Prosper and Alastor be doomed to repeat it?

Bracken is one of my favourite authors from this year! In the summer, I read Passenger, and I thought it was brilliant (what’s not to love? Pirates, romance and time time travel are the best!). Review: Passenger

4: If There’s No Tomorrow by Jennifer L. Armentrout

Lena Wise is always looking forward to tomorrow, especially at the start of her senior year. She’s ready to pack in as much friend time as possible, to finish college applications, and to maybe let her childhood best friend Sebastian know how she really feels about him. For Lena, the upcoming year is going to be epic–one of opportunities and chances.

Until one choice, one moment, destroys everything.

Now Lena isn’t looking forward to tomorrow. Not when friend time may never be the same. Not when college applications feel all but impossible. Not when Sebastian might never forgive her for what happened.

For what she let happen.

If you’re not already a HUGE fan of JLA like I am, then just know this: Armentrout’s newest release is Sarah J. Maas’ current– and she said in her newsletter that she adores it! How can you pass that? Onyx Review, Opal Review, & Origin Review.

3: There’s Someone in Your House by Stephanie Perkins

Scream meets YA in this hotly-anticipated new novel from the bestselling author of Anna and the French Kiss.

One-by-one, the students of Osborne High are dying in a series of gruesome murders, each with increasing and grotesque flair. As the terror grows closer and the hunt intensifies for the killer, the dark secrets among them must finally be confronted.

The story of a young woman whose diabolical smarts are her ticket into a charmed life. But how many times can someone reinvent themselves? You be the judge.

Imogen is a runaway heiress, an orphan, a cook, and a cheat. 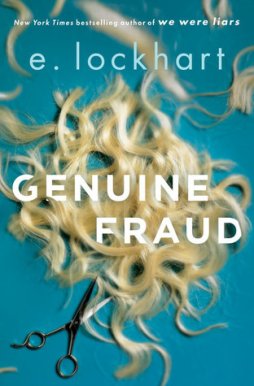 Lockhart was my favourite author of 2015, and my all-time favourite mystery author (even though I don’t enjoy mystery, usually). I can’t WAIT to get my hands on this!

In the next installment of the New York Times bestselling Throne of Glass series, follow Chaol on his sweeping journey to a distant empire.

Chaol Westfall has always defined himself by his unwavering loyalty, his strength, and his position as the Captain of the Guard. But all of that has changed since the glass castle shattered, since his men were slaughtered, since the King of Adarlan spared him from a killing blow, but left his body broken.
His only shot at recovery lies with the legendary healers of the Torre Cesme in Antica—the stronghold of the southern continent’s mighty empire. And with war looming over Dorian and Aelin back home, their survival might lie with Chaol and Nesryn convincing its rulers to ally with them.

But what they discover in Antica will change them both—and be more vital to saving Erilea than they could have imagined.

Yes, I’m that basic b*tch. So a whole book dedicated to his journey? Welp. Let’s just hope it’s worth my while, so I can be eventually reunited with my pals in the north continents.

So that’s it! What’s caught your eye for this month’s releases? Have you pre-ordered anything?

12 replies to September’s YA Releases