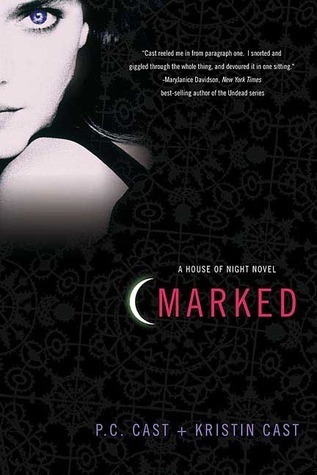 I had really high expectations, because the blurb sounded awesome!

I thought it’d be like a Rose Hathaway being called to some dark destiny with a super cute vampire Bae.

I hate to write reviews about books that failed my expectations, so I’ll keep it short.

– the writing was unbelievable in every aspect (what kind of name is Stevie Rae, anyway??)
Other examples:

“Speaking of boobs– I was totally sounding like one. (Boob… hee hee).”

“What about saying ‘hell’? It was my favourite cuss word ever.”

“I’m not gay”– is only attracted to females throughout the entire novel, and when describes boys it’s like describing bread.

“Was I becoming a vampyre slut” I think not, as you have yet to say anything but “Hell!” (You naughty girl)

“I really hate it when girls do that. I mean, yes, she’s older, but I have boobs, too”– I COULD’VE THROWN MY KINDLE INTO A FIRE WHEN I READ THAT, I SWEAR

So overall, I found it hard to see this as a perspective of a 16 year old girl. The book started off really strong!! WHAT HAPPENED AFTER THE FIRST 20 PAGES????

Also, I’m not a fan of the whole crossover between Greek mythology and vampires. There wasn’t enough vampire goodness for me to enjoy this book. I love both concepts separately; but together, they suck.

I’d give this book 1 star but honestly it’s not the absolutely worst I’ve read. The perspective was just a little too immature for me– a 17 year old girl who’s read basically every vampire fiction made under the sun.

TL;DR: it was boring and immature. I shan’t read it again. It’s a shame I bought this.