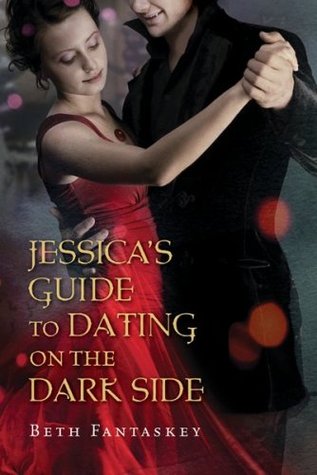 5/5 stars
Maybe it’s because it’s 3am? Or maybe it’s because it’s just that good? Who knows. But this is a 5/5 stars.
I’m writing this review after accidentally reading to the early hours of the morning, so excuse me if this is incomprehensible.
So for the first 30%, it was you’re average paranormal romance / betrothed teen love story.
But then around that 35%- all hell broke loose. And I hated it. Not in a “the writing is unbearable”. More in a “I’m ugly sobbing for the main character bc she doesn’t deserve his emotional whiplash.” Bc oh man, the ship in this is so intense. I do admit I’ve read similar twilight fan fictions, but around the end of the book, Luc’s melancholy reminded me waaaaaaay too much of Edward’s.
Except Luc is a badass warrior prince. While Edward was just hella suicidal.
Both fiercely protective and possessive- but hey, each to their own. I’m sure reasonable young girls feel repulsed my that.
Somehow my twisted my has been conditioned to enjoy that. And oh, did I.
Lemme say RN I wish to never go through the pain of reading about Faith ever again.
Ever.
I think I’m emotionally scarred from her awfulness and this entire thing:
1) first and foremost; is fictitious
2) didn’t even happen to ME
I’m an extreme jealous type, no matter how hard I try not to be, and during the middle of this book, all there is, is jealousy central. I felt like I was in pain, physically. I could feel both of the character’s feelings so strongly. The writing was epic. Don’t let the corny title fool you; it’s beautifully written.
And the sass. Oh boy, the sass.
I should disclaim and say it was 1000% sassy for the first 30%. But ya know; I’ve been over this, pain and angst enters and I suddenly was not okay.
The final 30% was just a massive clusterfuck. I’m not even sure what was going on. It was kinda like Bella chasing Edward in the Voltera in New Moon, but with more war and mind games. And Red Riding Hood analogies.
So much happens in this book, and it’s only about 350 pages long… I don’t know how, but it was really in depth. I guess that’s part of the beauty of this book’s writing.
I’m still trying to process the magnificent story I just read. The last 70 pages could’ve been stretched out muuuuuuuuch further. It was just BANG BANG dead MORE GUTS sadness LOVE??? NAH MORE pain YAY ENDING.
And yet I swear we had about 3 chapters dedicated to horse riding.
This book is a twihard fanatic’s best guilty pleasure.
The only essential difference I want in this book is more from the Guide. The whole book is dedicated to the guide, but we get like 4 exerts. I’m so glad we got those, because they were so enjoyable to read. But more is need!!! Especially if the book is named after it! Pleaaaaase.
I’m so glad the book didn’t end on a super big cliff hanger.
I sort of hate Luc. By the end of it, he wasn’t the charming prince who loved his little betrothed. He was some adult who wanted war and pain??? And I’m like woah there I don’t need this is my trashy paranormal romance thx. I’m not really sure how it’s possible, but he got less sexy as the book progressed??? Like at the start I was literally buzzing feeling the chemistry those guys had. When it got to their final proclamations of love, I was like “eh”. It was so-so. I feel like they went from cutie pie teens who both have a love/hate relationship, to these two jaded rulers who were way to old to be in a YA novel. I didn’t like the new mindset. It truly felt as if the book had been split in half; one with the quirky, hysterical YA side, and the final half was this dark, waaaay more adult themed storyline.
The world at the beginning is an all time fave of mine. The ending’s… well that definitely is not.
I recommend this to; people who loved the setting of the first VA book, Hush, Hush fans, Sweet Evil fans, radical fanatics of Katie and Daemon from the Lux Series, epic twific readers (if you still exist), and of course; twilight fans.
TL;DR: It’s 3am. I’m delirious. This book sounds cliche, but hot damn: it isn’t. Go read it if you’ve ever enjoyed any hate to love paranormal romance.