Titan’s Curse will come sometime soon, it just wasn’t my favourite so I don’t have much to write about. 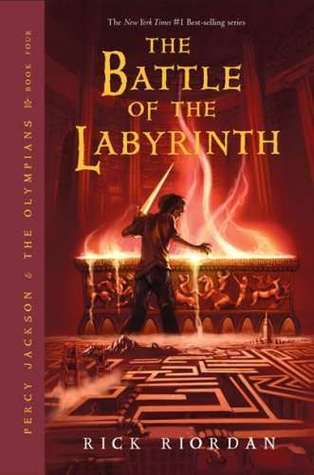 4/5 stars!
It would’ve been less but the Percabeth makes up for everything.
You really could see the gang growing up in this one. Especially Percy. Near the end when his dear ol’ dad visited, I feared up, I felt proud for him. I feel like Percy is my child that I know deserves so much better.
So I loved my Percabeth for the first half of the book. (The second half was angsty af and I didn’t expect that in Rick’s books, the only time acceptable for angst is whenever Nico is there- NOT MY PERCABETH BBYS).
But then not one, but two potential love interests rose to prominence.

A Miss. Rachel and Miss. Calypso.
I was not a fan. Rick can’t play with my emotions like this! You can’t be like “So I wrote in the last book that they held hands- SO HERE’S THEM BOTH GETTING INSANELY JEALOUS AND SAD AND LONELY BUT ALSO HERE’S THEM DOING/SAYING SOMETHING SUPER CUTE”- it’s torture for a hopeless romantic like me. Torture.
Daedalus’ character was amazing. Nico’s character growth was notable as well. What a story.
I would say more but I really don’t want to spoil the heartbreaking book this is. Somebody should’ve warned me how heartbreaking this book is!!!
A mini spoiler that doesn’t effect the plot whatsoever: I’m shocked Grover got a girlfriend. Hysterical as they both are (puppy love at it’s finest), I’m glad it happened.
Growing up, these books were always known among my peers as “boys only” books. So I never touched them. They had scary monsters and swords and Greek gods which weren’t for girls to read. I’m wondering now how many “boys only” books I’ve missed out on when they’re really just soppy pre/teen angst with super lovable cinnamon rolls fighting to save the world???
Can’t wait to pick up the final book from the library tomorrow!